Home About Us The Rogers Team 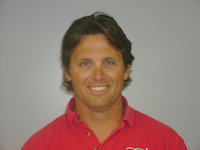 John has brought this company from “Good to Great”. John is President/Owner of Rogers Roofing, a family owned business since 1968. John began his career with Rogers Roofing as an installer before attending Illinois State University, where he pursued a degree in Economics. After attending college and graduating in 1987, John returned to Rogers Roofing to implement his ideas and expand Rogers Roofing to our current location in Hammond, Indiana. After his dad retired in 2003, John took on the title as President/Owner and has grown the company to approximately 30 employees. John runs the company and continues to go on estimate calls and meets with customers on a daily basis. After running the day-to-day activities at Rogers Roofing, John is involved in many sports practices and games with his sons, and is a proud participant in his daughter’s dance recitals.

Hobbies/Special Interests: Working out with his son, Golf 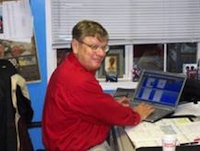 Ed began his career with his brother John S. Rogers in 1975 as a shingle installer. Prior to that, he was in the United States Marine Corps for four years. Both Ed and John prided themselves as the “fastest roofers around”. After 20 years of installing roofs, Ed became an estimator. As he grew with the company, Ed decided to enroll in one of the very first Sales Boot Camps. In 2007, to improve our company’s bottom line and revenue, Ed took on the additional title of Sales Manager. In addition to being a great sales manager, Ed still sells. He has taken Rogers Roofing’s sales team to levels that we could only dream of a few years ago. Ed has been married to Terri for 29 years and they have three children.

Jon started as a laborer on a roofing crew and within 3 years worked his way up to foreman. As our company began to grow, we needed to bring in another production manager and Jon was the obvious choice. Jon’s loyalty is second to none. He is part of our Management Team and helps with the planning of our company’s future. There is a sign that hangs behind his desk that sums up Jon: “Teamwork makes the Dream Work”. He knows the importance of being a great team player and he wants all of his crews to live it like he does. Jon is married and they have one daughter.

What do you like about working for Rogers Roofing?
The feeling of being part of a team. “From day one, John took me in and treated me like one of the family.” 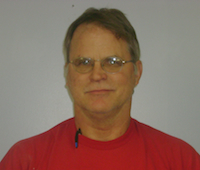 Rick handles special projects including siding and remodeling. His skills, fine craftsmanship and knowledge are traits that he brings to his job everyday. Rick has been married 31 years, and they have 3 sons and 4 grandchildren (3 boys and 1 girl).

What do you like about working for Rogers Roofing?
I like that customer satisfaction and quality workmanship are our top priority. 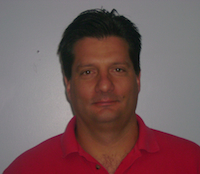 Mike started as an installer and as of 1988, became our first ever Production Manager. He has played a huge role in the growth of our company’s production department. He has helped hire, train, and motivate some of the finest crews we have. He also runs our TQM meetings and keeps our Production and Goal board up to date. He was in the first graduating Blue Collar Management class and has since gone back a second time to further his managerial skills. Mike is a master at dispute resolution. Our work produced has gone up over 15% each of the last three years as a direct result of the hard work, training and dedication Mike shows. Mike is also great at collecting receivables. He has always said that Rogers Roofing is like family to him and that he is here for life. Mike and his wife have one son.

What do you like about working for Rogers Roofing?
It’s not everyday that you can go to work and be with the people you enjoy the most. Not only do we work together, but we also share holiday and family functions. I guess the thing I enjoy most about Rogers Roofing is the family atmosphere. 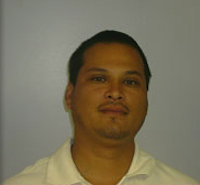 While Dave is not the kind of person who talks a lot but when it comes to installing roofs, there is no one better. We soon realized that he knew way more than most of the foremen we had, and Dave was given his own crew to run. Along with his brother, Sal, they formed a crew that does every tough, seemingly impossible and demanding job that we can sell. Dave has always maintained that the best way to learn is by doing. Everyday he watches and teaches his men. It’s almost like having a classroom on a roof! He never expects anything but the best from his crew. Dave has also become the flat roof expert in our company. If any of our salespeople have questions about flat roofs, Dave is always the go to guy for answers. Dave consistently receives many compliments from our customers and he has led the company in change orders the last 2 years. Dave and his wife have 5 sons and 1 daughter.

What do you like about working for Rogers Roofing?:
“I like the fact that we are always trying to improve ourselves”. 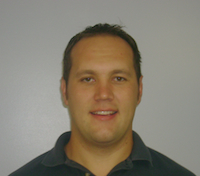 Since joining our company, Scott has not only been a model salesperson, but also a contributing employee. He has embraced completely the CCN Sales Process and follows it to the letter using the measure call system, weekly reporting and sales presentations. He contributes to our weekly sales meetings not only with his knowledge and professionalism, but also with his opinions and contributions to sales discussions with team members. Scott grew up in Hammond, IN and resides in Highland, IN.

What do you like about working for Rogers Roofing?
It’s great to work for a company where quality and customer service come first. I enjoy meeting new people everyday and helping them with their home improvement needs. 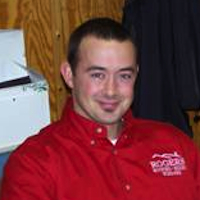 Kevin brings to the table his unique style and presence. He follows the CCN Process to the letter, but he also adds his own personal flair. Each day, Kevin brings into our company a new perspective and is ready to admit when he is sidetracked. He has gone back to the books and reinvented the wheel each time he had needed to. Kevin believes not only in the system, but in Rogers Roofing. His humor and attitude have not only brought him great success, but also to our company. Kevin and his wife have 2 sons.

Education: Bachelor’s of Science Degree in Marketing and Finance
University of St. Francis (Fort Wayne, IN), 2000 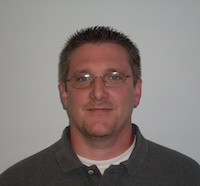 Jon brings with him a sense of loyalty not only to Rogers Roofing but to his customers. As Jon always says “I will do whatever it takes to make the process of home improvement easier for our customers.” Jon’s dedication has shown by his increase in sales and the many customers that have provided us with very positive feedback regarding Jon. He and his wife of 13 years have one son.

Steve started his experience in the world of Project Consulting when he set aside his music endeavors to dive head first into the home improvement industry. Since then, Steve does everything in his power to make sure his client’s needs are met. When it comes to home improvement projects, he is an advocate no matter how big or small the project is. He brings his creativity and top-notch problem solving skills and enjoys collaborating with the Rogers team at all times. He holds a bachelor’s degree in Project Management and conveys what he has learned here at Rogers and with his clients. 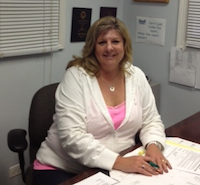 Michelle has been employed with Rogers Roofing since February 2013. Michelle greets all callers with her cheerful personality and her commitment to our motto of 100% customer satisfaction. Michelle handles all the daily tasks needed to run an office with professionalism and proficiency. Michelle will take on any task that is asked of her and does it with a smile. Michele and her husband Dave live in Munster, IN with their two sons, Zack and Jake.

Education:Bachelor of Science in Business at Purdue University Calumet

Hobbies: Reading, golfing, spending with family and friends, and most of all attending my sons’ sporting and school events.

Terri has been with the company almost as long as her husband, Ed! From handling calls that come into our office and being able to answer roofing questions with the same knowledge as the guys on our team, to managing payroll, billing, and insurance, Terri does it all.

See all our videos